The influence of ancient mythology in casino gaming

Modern casino gaming platforms online utilize a range of themes and flavors as part of the design of the games. From humble origins in the 1990s, the brands behind the titles are almost as pivotal as the games themselves.

A range of pop culture themes are utilized, from TV and film franchises through to more classic trope devices, such as the Irish four-leaf clover. In this article, we will examine the influence of another theme on the design of games – ancient mythology.

As a pop culture theme, Greek mythology is utilized throughout modern entertainment as a tool for story-telling. Films like Hercules bring some of the most popular stories and characters to life and showcase them to a new audience.

The theme is also utilized heavily in the world of online casino gaming to engage with players and create an exciting new environment. The topic is so vast that multiple characters and stories from within the genre are used to create new games.

The Age of Gods slot is a perfect example of the theme in action, utilizing popular characters from the stories including Zeus and Poseidon to deliver an enchanting and enthralling experience through the medium of one of the casino sector’s most popular games. 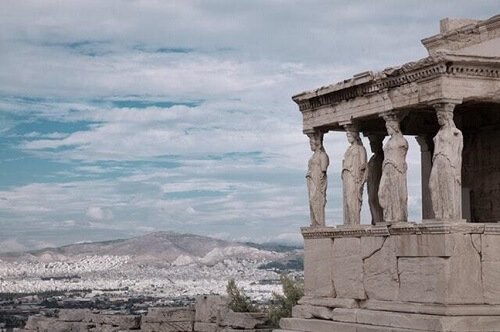 One popular sub-genre of ancient mythology surrounds mythical beasts and these too have been utilized as key protagonists of some of the most popular modern slots games. Creatures like dragons are strongly linked with luck and good fortune, so it’s common to see them featured.

Regal Beasts features several fantastical fictional animals throughout the action, capturing the player’s imagination and delivering additional excitement. This game heavily features the dragon and players will undoubtedly be hoping its presence brings them luck!

The luck of the Irish

As we have already mentioned, Irish symbols and devices are frequently utilized in casino gaming due to the nation’s traditional association with good luck, and there is some cross-over here with mythology.

One of the traditional cultural symbols of Ireland is the leprechaun. Dressed head to toe in green and often sporting a red beard, the leprechaun is featured across pop culture branding and is particularly prominent in casino gaming.

Wish Upon a Leprechaun is one slots game that attempts to build on the strong connection to luck, while numerous other games feature imagery including rainbows, pots of gold, and, of course, four-leaf clovers.

While Irish themes help deliver games that are bright and colourful, darker horror themes are also utilized to engage with players on a different level. From a mythology perspective, creatures like werewolves, vampires, and even zombies are used in casino gaming to help games stand out from the crowd.

Curse of the Werewolf Megaways is a great example of the theme in action, featuring a humanoid werewolf against the backdrop of a full moon. Horror is one of the most popular entertainment genres, so it’s no surprise that casino game developers are so keen to build it into their products.

As you can see, ancient and contemporary mythology plays a key role in influencing the direction of modern casino games. The diverse genre is used to excite, enthrall, and enchant; and it’s certain we will continue to see its visual footprint grow.

Welcome Bonus for all new customers