It’s been quite a year for sports betting activities in the United States. Following the momentous 2018 reversal of the 1992 PASPA (Professional and Amateur Sports Protection Act), which had prevented all US states except Nevada, Delaware, Montana and Oregon from allowing sports betting inside their borders, a total of 14 states now offer fully legal and regulated sports betting.

Consequently, the value of the industry in the US has increased immensely, with those sports betting websites and apps that have only recently launched in the marketplace reaping substantial profits.

September 2019 has been a particularly impressive month, especially for the New Jersey market. However, it’s safe to say that with the possibility of more states embracing iGaming and allowing online sportsbooks into their borders, sports betting in America is here to stay.

With a year-on-year increase of over 100%, at the end of September the state of New Jersey posted its final sports betting handle for the month and smashed all previous records in the process. The total amount that was wagered on sports betting across the state in just 30 days came to an eye-watering $445.6 million, with total revenues of $37.9 million. Not only did it beat September 2018’s total handle of $184 million, it also topped the state’s previous best month of January 2019, which brought in a total of $385 million in wagers.

Given that there are now a total of 17 sportsbook sites (and their respective mobile apps) operating in New Jersey (compared to the 8 that were in operation last year) over 80% of the wagers made during the month were done so online – $374.2 million in total. The subsequent revenue generated in the month also shows a 59.3% year-on-year increase compared to September 2018, when total revenues were $23.8 million.

Despite the new record, however, it’s highly unlikely that New Jersey will beat out Nevada for the third consecutive month. At the time of writing, the Nevada Gaming Commission has yet to post the official results for September 2019, however we can safely assume from taking a look at September 2018’s handle (itself also a record setting amount of $571 million) that the Silver State will come out on top this month.

The full gambling statistics for September 2019 posted by the New Jersey Division of Gaming Enforcement are as follows:

Nevada and the Garden State aren’t the only states to reap the rewards of this emerging market, however. Despinte only properly launching in summer 2019, thanks to the NFL games played on October 6 Pennsylvania has hit almost half of New Jersey’s sports betting volume. As far as the amount of people in each state that are placing digital sports bets goes, according to Geocomply the split is as follows:

In the states, online sportsbooks partner with land-based casinos since it’s the casinos themselves that are granted the licence to offer digital sports betting. So, what does the market share breakdown look like?

Interestingly, analysing the revenues generated by global online sports betting sites listed on Oddschecker compared to those whose presence is only in the regulated US territories  gives us some insight into the average bettor’s preferences.

Resorts, which includes its own Resorts Online and another US-based site, DraftKings, has the second largest share of the market at $11,061,426 million. Meanwhile, Tropicana (partnered with William Hill) performed the worst during September 2019, generating a total of $200,575, with just $29,783 of that made online.

Will the bubble burst?

Whilst sports betting has certainly exploded across the US during the last 12 months, it hasn’t been without its fair share of challenges. Most worryingly for sports book operators, Apple’s new regulations on gambling apps could pose a serious threat to further exponential growth from 2020 onwards.

At the start of June, Apple pretty much confirmed the rumours that it would be cracking down on iGaming apps in the App Store when it released new guidelines centering on HTML5 games – “HTML5 games distributed in apps may not provide access to real money gaming…this functionality is only appropriate for code that’s embedded in the binary and can be reviewed by Apple.” Initially, Apple set a deadline of September 3rd for developers to comply with these new guidelines (meaning that developers of real money apps would have to completely rewrite the code of existing apps), but it has since extended this to March 3rd 2020. 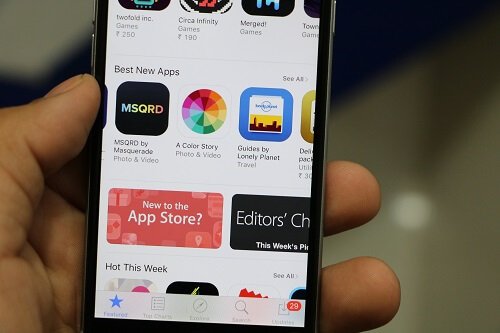 This is problematic for sports betting apps, since around 95% of existing sportsbooks are wrapped apps and much of the content is real-time video deployed through HTML, especially in live content. To meet the new guidelines, developers will have to completely alter the architecture of their apps – something that takes on average 9 to 12 months, not 6.

This perceived crackdown on iGaming apps by Apple has already caused a problem in the state of Pennsylvania. A fledgling sportsbook launched in the state on May 28th, which also officially started sports betting in Pennsylvania. However, the platform wasn’t able to put out an iOS app until much later, on July 17th. Going almost two months without offering a usable solution to around half of their target customers could kill a new brand, particularly in a market as competitive as sports betting.

Given that approximately 45% of the current US population is made up of iOS users, sportsbooks will be missing out on some potentially significant revenues unless they make resolving this new issue a priority and we may see former iOS user make the switch to Android in order to access sports betting apps.

3 Best Payment Methods for Betting on Your Phone

There’s so much that you can do with your mobile phones now. Long gone are…

When it comes to keeping ourselves entertained, most of us turn to our smartphones for…

Where Will Online Casino Market Be in Five Years?

Online Casinos on your phone

When it comes to enjoying online casinos on your phone, there are now more options…

How to select a safe new casino app

Nowadays it can feel as if fresh casino sites are launching each and every day,…

5 Good Reasons To Choose A No Wager Casino Bonus