With just over a month to go until the first major of 2019, golfing fans will be gearing up for the 83rd edition of the US Masters which promises to be as exciting as ever. The world’s best players will all contest for the prestigious green jacket, and a place in golfing folklore which quickly ensues after.

The tournament is one of the most hotly anticipated across the golfing calendar, and fans can expect to be treated to some world class performances from some of the players in attendance. Ahead of the Masters, let us fill you in on everything you need to know.

Who are the bookies favouring?

It’s been 14 years since the Masters’ favourite went on to actually claim the green jacket; Tiger Woods (who else?) in 2005. Fresh from his win in the Players Championship, Rory McIlroy is the current favourite and can be backed at 15/2. Dustin Johnson is a little bit behind at 11/1, with Justin Rose priced at 15s and Woods is available at 18s.

It’ll be intriguing to see how the favourites get on and in particular, McIlroy. If the Northern Irishman wins at Augusta, it’ll complete his grand slam as the Masters is the only major to elude the 29-year-old. 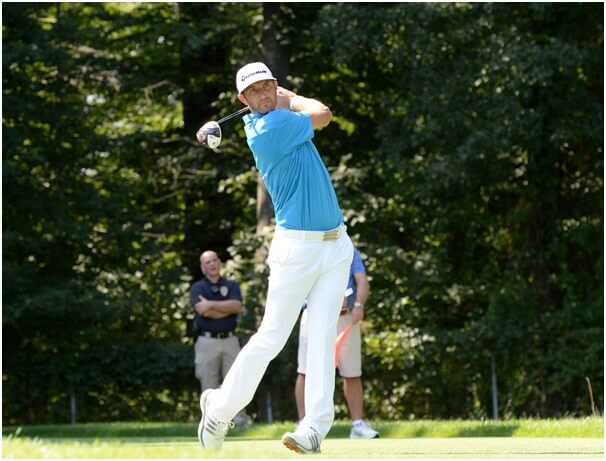 What date is the tournament being played?

The Masters is always scheduled to be played in April, and the start date for 2019 will be Thursday 11th. The tournament’s conclusion will always fall on the Sunday and this is where the best action will unfold; and you can expect all the thrills and spills as the leaders battle it out to claim the ultimate prize.

Where can you watch it?

You can watch every shot from the Masters via Sky Sports Golf and Sky Sports Main Event. Those who don’t have Sky can follow it on the BBC, which will be showing the highlights.

The last five winners of the Masters

Patrick Reed was something of a surprise winner in 2018, and he’ll be looking to claim another shock by completing back-to-back wins. Sergio Garcia tasted victory in 2017 with Englishman Danny Willett taking the plaudits in 2016. Jordan Spieth’s record-breaking win came in 2015 with fellow American Bubba Watson taking the honours in 2014.

Prize money up for grabs

It’s not just the green jacket that is up for grabs, the winner can expect a cool $1.98 million for winning the tournament with the runner-up expected to pocket $1.18 million. In total, the purse stands at $11 million which will be spread across the top 24 players. If Johnson, McIlroy, Rose et al aren’t to be successive at the Masters, all the odds for the US Open are now available which pits the world number one favourite once more: https://www.betfair.com/exchange/plus/golf/market/1.145538536.

How to Choose Online Betting Games That You’ll Really Enjoy

The Windows vs Linux Debate